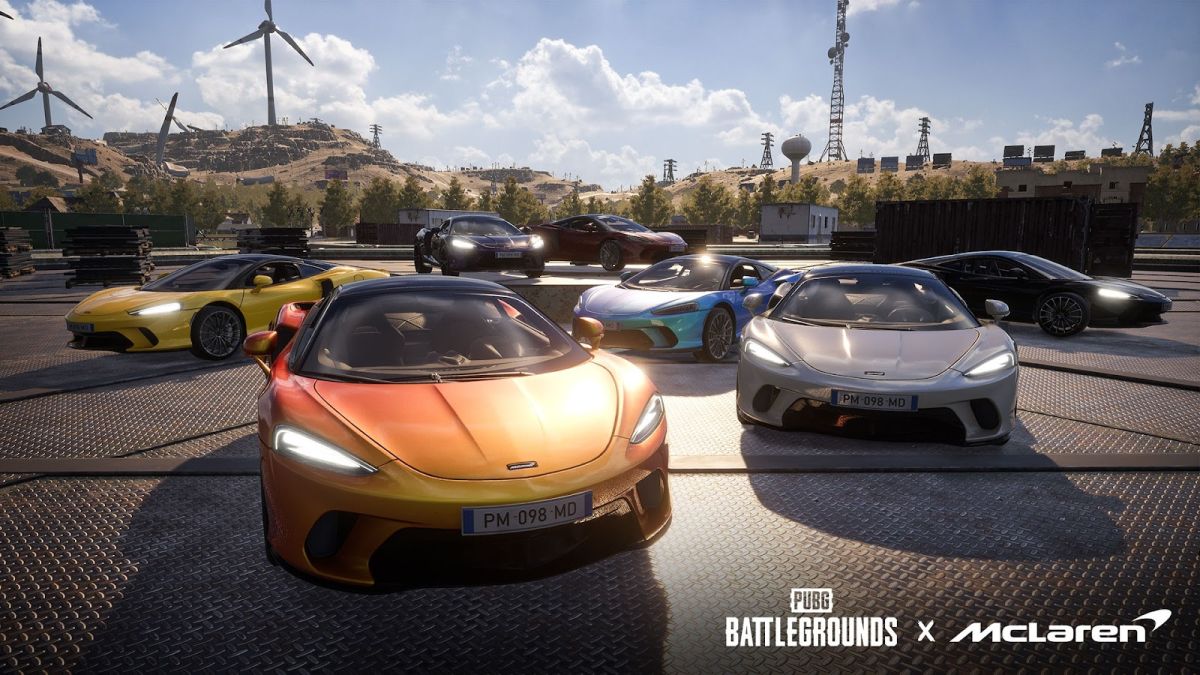 The latest patch for PUBG: Battlegrounds – the official name for the game some of us used to know as PlayerUnknown’s Battlegrounds – includes a new vehicle, weather system, all-new animations, and a crossover collaboration with British supercar manufacturer McLaren Automotive.

Running now until the beginning of November (November 1 for PC and November 9 for console players), the limited-time crossover gives players “the opportunity to obtain a McLaren GT Standard – Onyx Black vehicle skin, costume, gear, emote and more” via in-game McLaren Loot Caches, as well as a new vehicle workshop and a McLaren container car in the starting points to keep you busy until the match starts.

Developer Krafton has already confirmed that the “skins do not affect the performance of the vehicle[s], and its original specs remain changed”, so sadly there’s no way players can zip speedily to a chicken dinner courtesy of a souped-up sports car.

As for the other changes?

“Players jumping into Deston can experience the new time-of-day weather feature that will deliver a more realistic lighting/weather state over the course of a single match,” Krafton explains. “The feature will not support a full day-to-night cycle and only a short progression cycle will be shown with no drastic change to the sun angle.

“The animation refresh update, originally detailed in a dev letter, is live for Update 19.2! The goal for the update is to enhance player experience by improving and refining the game’s animation presentation, while retaining existing timing and strategy.”

Finally, play on Deston and you’ll notice that a delicious new vehicle is now available. You and your teammates will be able to race the Not-So-Friendly Neighborhood Food Truck across the map, using the food truck’s serving hatch to serve up a “buffet of bullets” to anyone who gets in your way.

Krafton believes it’s switching to the free-to-play model back in January that has helped the battle royale shooter clock up more players, as well as the “stricter anti-cheat programs” that aim “to ensure a fairer playing field for all”.

PUBG: Battlegrounds may be free-to-play but it hasn’t gotten any easier (opens in new tab) to play for newcomers.