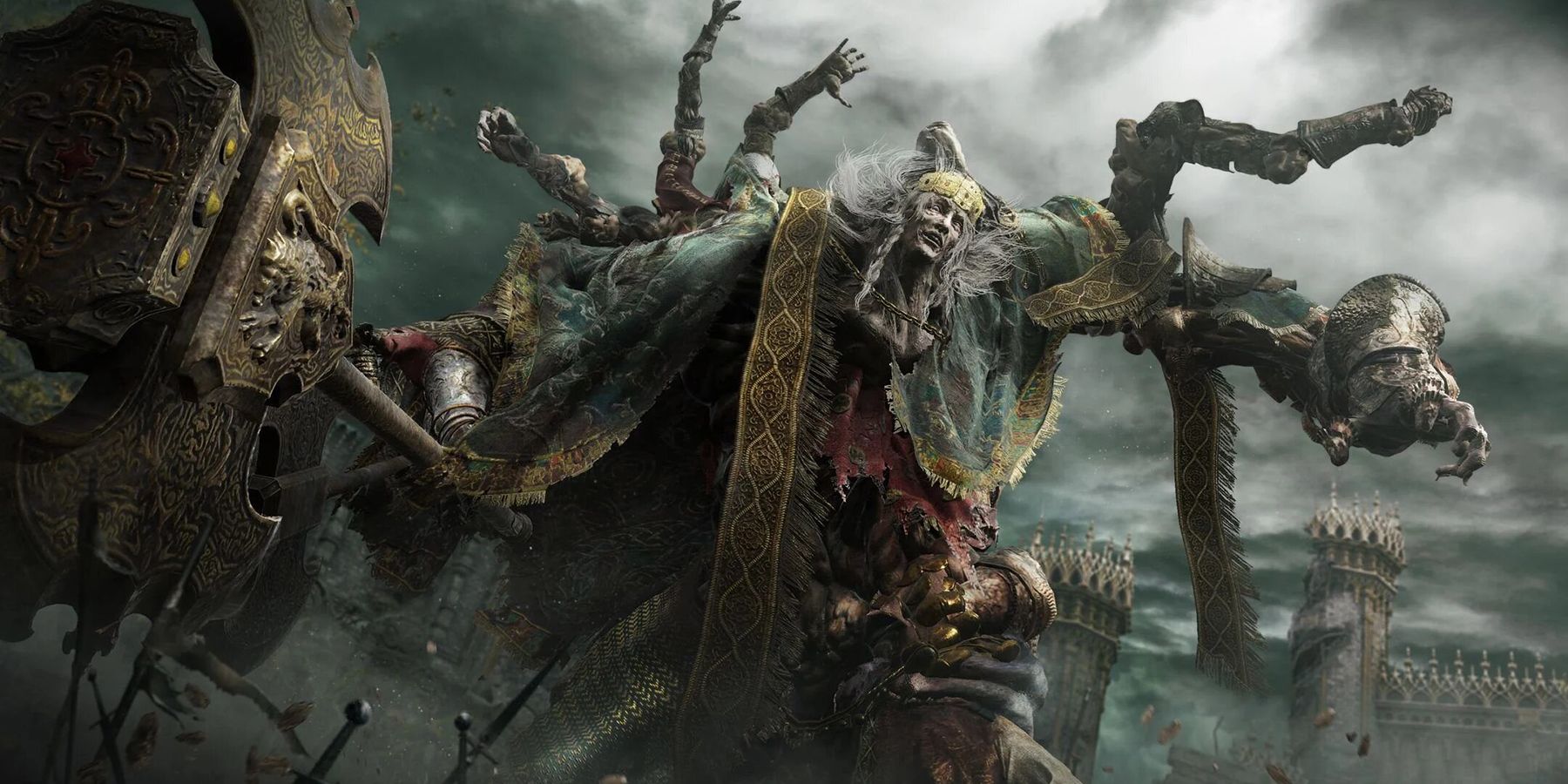 
Godrick the Grafted from Elden Ring was recently seen in a beautifully designed fan art that shows a detailed and lifelike version of him. Elden Ring is undoubtedly one of the most talked about games of 2022 and has enjoyed massive critical and commercial success. The action RPG has a captivating story and hundreds of different characters who play a defining role in Elden Ring‘s lore. The game revolves around the shattering of the Elden Ring, whose shards were kept by the demigods like Godrick, Radahn, Malenia, and others.

These demigods appear at different stages in Elden Ring as intimidating bosses, most of whom must be defeated to complete the game’s main storyline. As FromSoftware bosses, they are very challenging to beat as players spend hundreds of hours trying to defeat fearsome enemies like Malenia, Maliketh, and Radahn. Maybe because players die countless times at the hands of these demigods, they leave a lasting impression, as seen by numerous fan art dedicated to Elden Ring bosses. Following the trend, another Elden Ring fan has come forward with a fantastic artwork showing Godrick the Grafted, the first demigod.

Reddit user shimhaq98 has created a brilliant fan art of Godrick. The user recently uploaded an image showing the famous Elden Ring boss in a terrifying pose. The picture shows the second phase of Godrick, where he grafts the head of a dead dragon onto his left arm, supplementing his offensive capabilities with fire-breathing AoE attacks that are very difficult to dodge. Godrick is known for grafting the arms and legs of soldiers he has defeated on his body, giving him tremendous amounts of power.

Shimhaq98’s version of Godrick clearly shows the grafted limbs of his enemies while he wields his signature two-headed battle axe. Although a demigod from the golden lineage who is a descendent of Godfrey the First Elden Lord, Godrick is the least respected Elden Ring boss. Other Elden Ring characters like Kenneth Haight and Sir Gideon Ofnir believe he is unworthy to rule. This is possibly the reason for Godrick’s inferiority complex in Elden Ring and why he’s always looking for glory.

Shimhaq98 is among the most prolific artists from the Elden Ring community, as this is not their first fan art about the game. The user has created many more artworks of famous Elden Ring bosses, characters, and places. Not long ago, they made an impressive painting of the Fire Giant, while they’ve also painted other bosses like Radahn, Radagon, and Malenia.