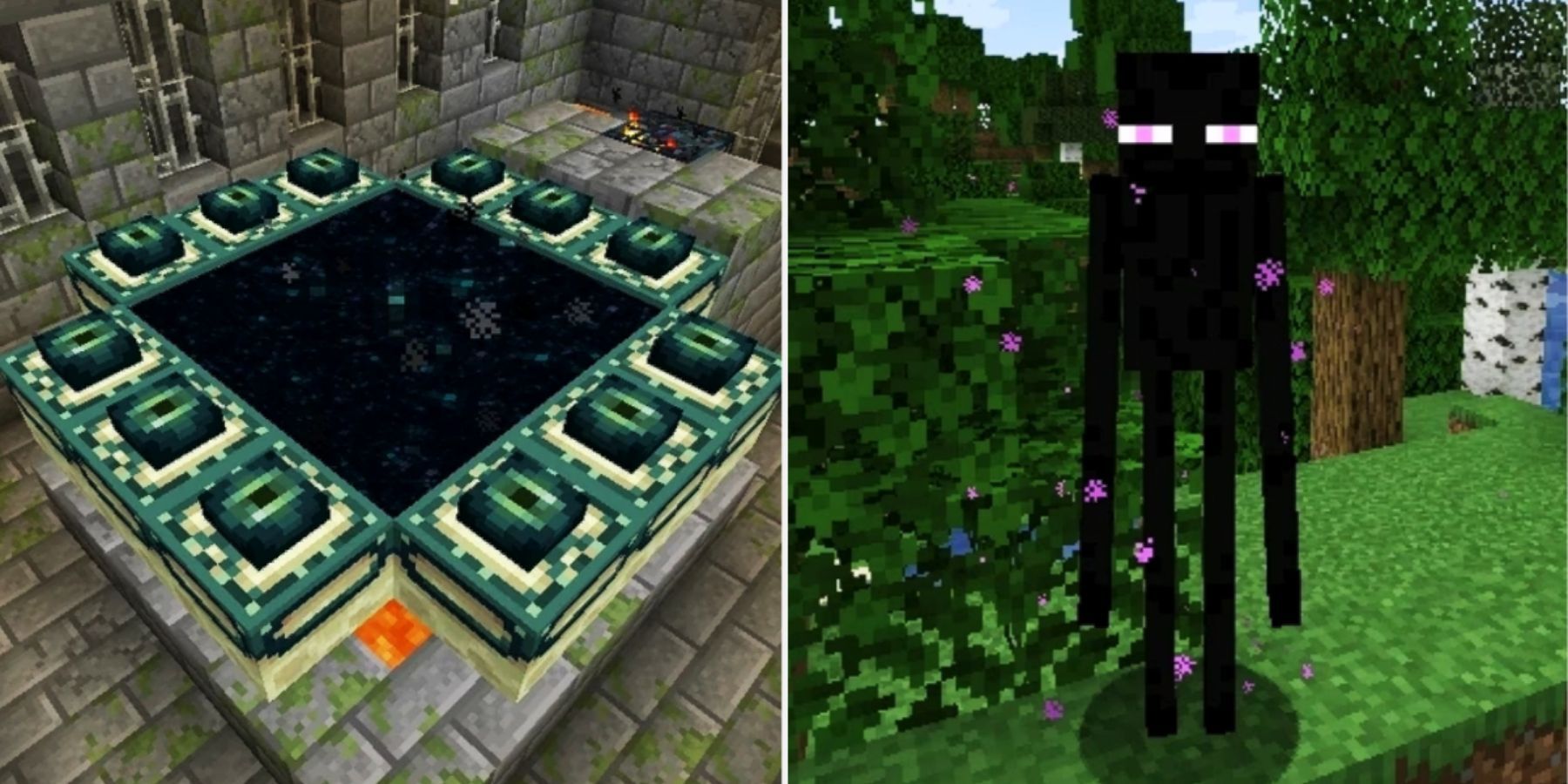 
Mojang’s sandbox building game Minecraft features a host of rare resources and treasures players need to get their hands on if they wish to get good gear, rare buffs, or even enter new dimensions. When it comes to the latter, Ender Pearls are a necessary item everyone needs in order to activate an End Portal inside a stronghold and to enter the End dimension.

RELATED: Minecraft: Things To Do If You’re Bored

There are two main reasons to get to the End: defeating the Ender Dragon for XP and exploring the End islands to find End cities for loot and for the extremely rare Elytra. As such, Ender Pearls will become an important item for players to farm at some point in the game. Here’s how players can efficiently farm for Ender Pearls in Minecraft.

Trade With A Cleric Villager

The cost of one Ender Pearl is 5 Emeralds. This can be quite a steep price, especially just for one item. However, players who have plenty of resources but don’t like to explore as much in the game can just go for this option, provided they have a ton of Emeralds saved up or traded from other villager trades.

The obvious way to farm any mob drop in Minecraft is to build some type of mob farm. The complicated thing is that the best place to farm Endermen who drop Ender Pearls is the End, the very place where players are trying to get in the first place. Thus, building an Enderman farm only becomes a possibility after players have reached the End.

It’s still possible to make a general mob farm for mob drops, as Endermen will spawn on occasion, provided that players make the spawning room for these farms three blocks tall for them to spawn into. That said, it’s possible to create some type of Enderman farm inside the Nether, according to Binary Vigilante and his YouTube guide on the matter.

Get A Looting III Sword

This piece of advice is generally good no matter what mob drop the player wants to farm. Looting III is pretty much a necessity that guarantees that players will have a higher chance of receiving lucky mob drops. Endermen aren’t always guaranteed to drop an Ender Pearl at their death, but with Looting III, that likelihood increases.

Looting III is only available as a sword enchantment. In order to get it, players should first farm at least 30 levels of XP and then interact with an enchantment table with the sword they wish to enchant.

Given how rare and powerful this enchantment is, it’s recommended to put it on a diamond or Netherite sword, especially since Endermen are tankier mobs that can dish out a lot of damage if players don’t kill them quickly.

Barter With Piglins In The Nether

One of the best ways to get Ender Pearls in the game is a favorite by many Minecraft speedrunners. This method has players enter the Nether dimension and interact with Piglins, which are mobs that they can barter with ever since the 1.16 Nether update.

Piglins don’t have a trading screen like villagers do. When gold ingots are dropped on the ground nearby them, they will run over to them, pick them up, and stare at them for some time before dropping some item in return to the player.

One of these items is Ender Pearls. There is a 2.18% chance that Piglins will drop between two to four Ender Pearls every time they examine a gold ingot, so it’s by no means a guaranteed method, but it’s one of the more affordable trades in the game. Since gold doesn’t really have better uses than this at the moment, and gold is easy to find, it’s a great method to quickly get Ender Pearls.

Speaking of the Nether, earlier it was mentioned that it was possible to create an Enderman farm in the Nether thanks to the existence of the Warped Forest biome. This is because, since 1.16, Endermen now spawn in abundance in the Nether, provided players are able to find the correct biome.

The Warped Forest biome is turquoise, bluish, and green in color. It’s not guaranteed players will find one immediately, but if they happen to spawn in one, they’re in luck because Endermen will continuously spawn here.

Players can simply walk around in the forest and kill as many Endermen as they need. Pair this up with the Looting III sword mentioned above and they should be looking at a few stacks of Ender Pearls within an hour or two.

Minecraft is available on PC, PlayStation 4, Xbox One, Nintendo Switch, Android, iOS, and many other platforms.

MORE: The Smallest Mobs In Minecraft