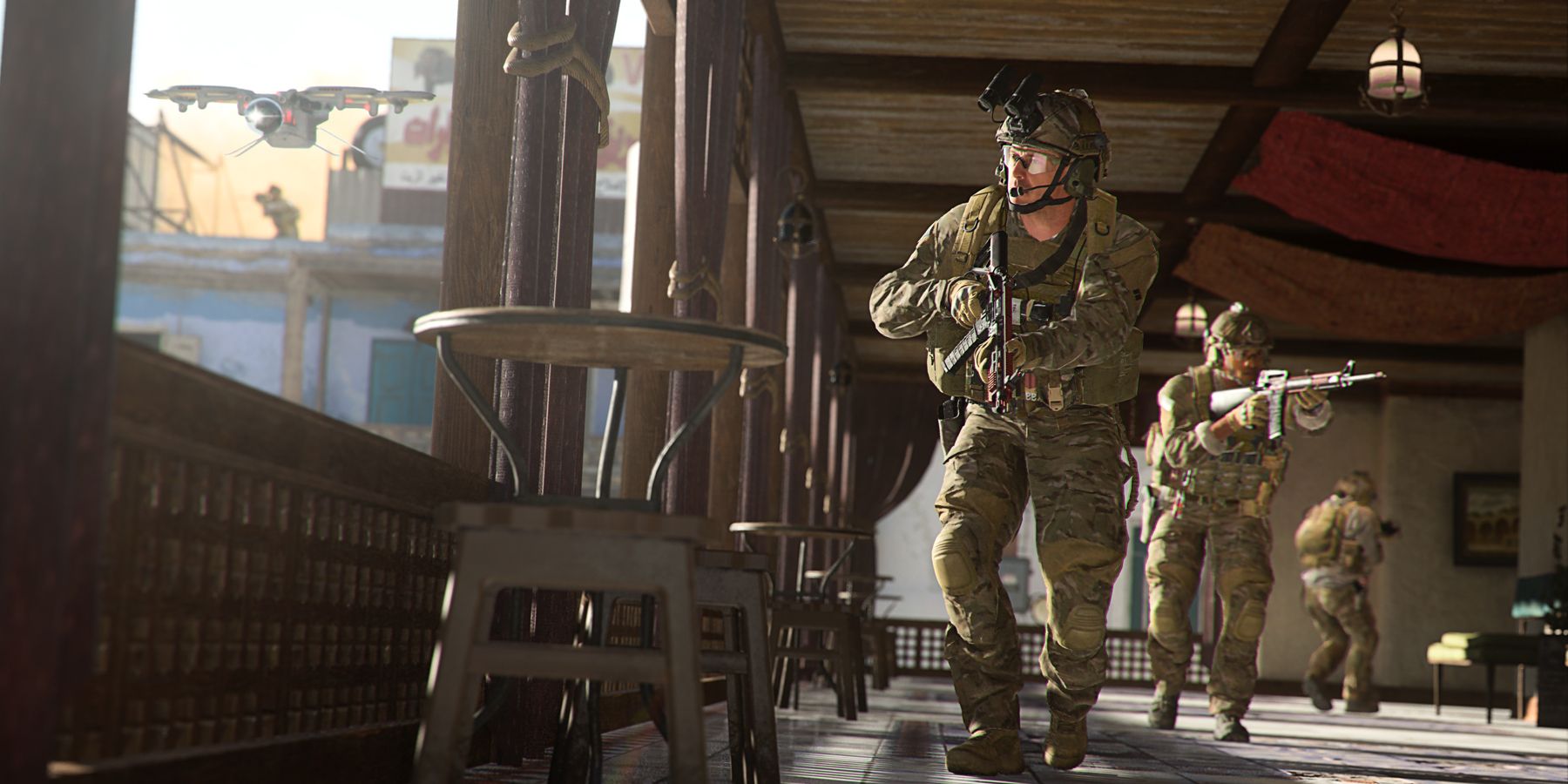 Camping has been a strategy in online shooters ever since games like Doom and Quake. Essentially, camping involves finding a corner or tight space where the player can’t be flanked, then getting the jump on rival players as they come through doorways or turn corners. Players and teams who camp often feel like they are great at a game like Call of Duty: Modern Warfare 2 because they are rewarded with a strong kill/death ratio, but other players get frustrated because they feel like they’re not able to actually play the game in a fair way.

Turning the Tables on Call of Duty Campers

Given the high amount of camping in Call of Duty: Modern Warfare, Infinity Ward gave players a weapon to fight back. The Drill Charge is an explosive that burrows into the surface it is placed on using a thermal lance, making it effective against unsuspecting enemy players on the opposite side of a wall or object. Given Modern Warfare (2019) had several tight spaces and corners for campers to set themselves up in, the Drill Charge should be extremely effective if the same type of map design is prevalent in Modern Warfare 2.

The Drill Charge is a nice way to combat campers, and many dedicated players who have voiced concern should be pleased at the effort by Infinity Ward to address an issue that had a large effect on a lot of online matches in Call of Duty: Modern Warfare. Campers will have to think twice about staying in the same place for too long, as a team that is coordinated and communicates well can use this new weapon to eliminate campers more easily, forcing them to engage opponents in firefights.

The Drill Charge is also extremely effective against vehicles, as the thermal lance will burrow into the side of any armor and detonate in a way that eliminates enemy players inside the vehicle. Much like camping, players won’t be able to set up camp in a vehicle and rack up kills in Call of Duty: Modern Warfare 2, as they will have to be at least aware of the possibility of the Drill Charge at all times when operating machinery.

Since camping has been around forever in online shooters, it will likely be an active strategy employed in Call of Duty: Modern Warfare 2, with some players feeling like the strategy is fair game that makes them a better Call of Duty player. If it didn’t work, it wouldn’t have a reputation for driving players for decades, becoming a hot-button issue in communities on a regular basis. Even though camping will still be there and used by many players, the Drill Charge gives opposing players a lot more to do about the strategy than complain to the developers.