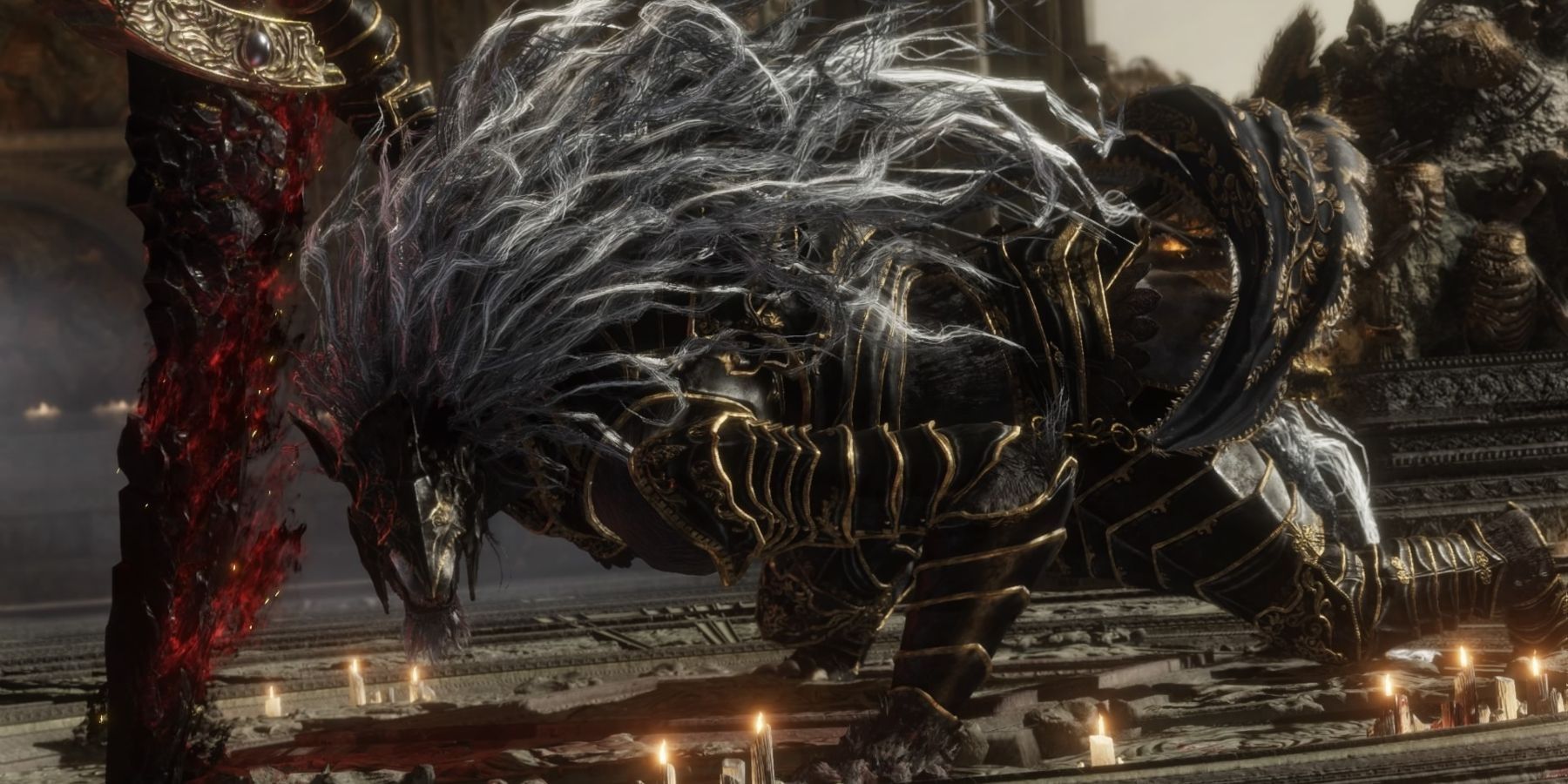 
An Elden Ring player points out an interesting lore detail about the boss fight against Maliketh and how it could have impacted gameplay.

An Elden Ring fan points out an interesting detail about the Maliketh boss fight and how it relates to the game’s lore. Elden Ring has incredibly deep lore like FromSoftware’s other games, and players are still finding new details months after release. Esteemed author George R. R. Martin also played an important role in the lore of this world.

Maliketh is one of the toughest fights in Elden Ring. Players challenge him towards the end of the game, and it’s a two-phase boss fight with no checkpoints in between. Like many of Elden Ring’s bosses, Maliketh is fast and can quickly defeat players with his unique move-set. Now, one fan opens up an interesting discussion regarding a piece of lore related to this boss fight.

A Reddit user named Blenmuh claims that dying to Maliketh in Elden Ring should end the game. They then state that unleashing the Rune of Death and dying elsewhere should have also stopped the player from respawning. Following this, Blenmuh asks other users for their opinion and what they think makes the player respawn. They seem to agree with Blenmuh, but many believe that it won’t lead to a fun gameplay experience.

One player mentions that time just rolls back whenever players respawn, so every fight against Maliketh will be the first battle from his side. They also state that FromSoftware doesn’t replay the intro cutscene for bosses on every attempt for gameplay purposes. Users seem to agree about it being a gameplay-related decision as one says that switching to a perma-death mode after reaching Crumbling Farum Azula would have negatively impacted Elden Ring’s impressive sales.

Another player claims that respawning has a lore-based reason in Elden Ring, but the world doesn’t react to the player coming back alive every time. On the other hand, one fan thinks that it would be interesting if the world reacted to the player’s death, and they are encouraged by another user to try Demon’s Souls because of its World Tendency system.

Some users comment on the stunning artwork of Maliketh, prompting Blenmuh to share a link to the artist’s profile. Since its release, Elden Ring fans have made some incredible pieces of artwork of the game’s characters, and this art of Maliketh is another great example of their talents. Malenia is one of the most popular characters from Elden Ring, so artwork depicting her can be found in abundance, but other bosses from the game have not been ignored.

MORE: Elden Ring: 12 Details You Probably Missed About The Demigods