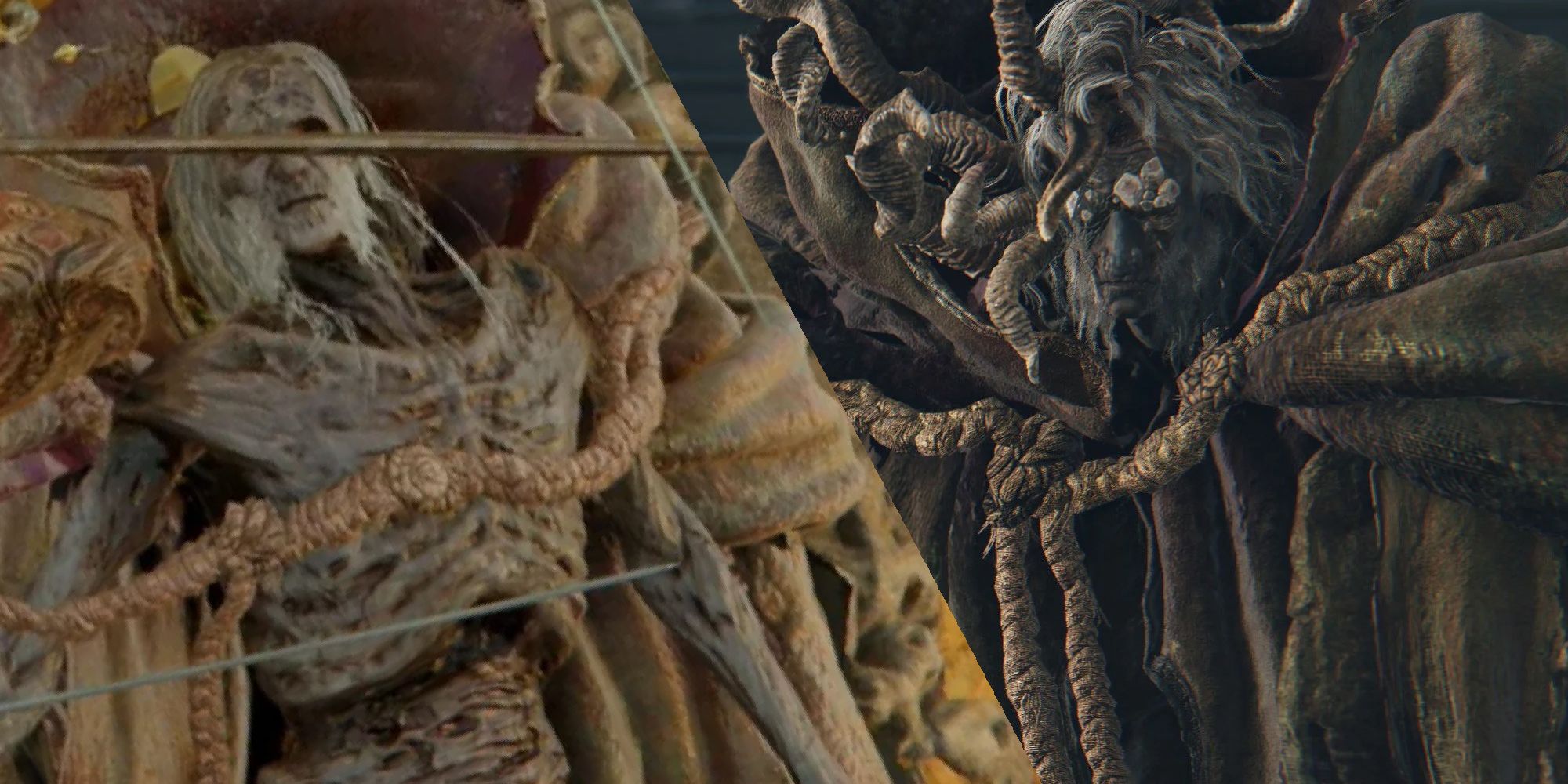 
Elden Ring’s bosses usually look like living corpses with arms awkwardly shoved into their sides as maggots wrangle about in their hair. They’re grotesque and Morgott is no different – the self-proclaimed Omen King is curse-ridden with jutting horns and a hulking body. But when he dies, he becomes a little pygmy.

This was pointed out by Reddit user DaRealMilkMan who noticed how much smaller Morgott’s corpse was, so much so that his giant draping robes become almost like bedding thanks to the size difference. Speculation is rampant as some theorise that this happens because he lost his omen curse on death, while Godrick might ‘shrink’ because he was ripped from his grafted parts, leaving the ‘original’ man behind.

RELATED: Where Does FromSoftware Go After The Success Of Elden Ring?

Not only is Morgott smaller but his horns are missing, a sign of the omen curse, so it looks like we can cure Elden Ring’s bosses of their ailments. They just don’t live to reap the benefits. As for why he’s shrunk, some speculate that the Great Runes and divine powers make their wielders grow in size – that would be keeping with FromSoftware tradition.

While Great Runes are a new concept, Dark Souls had ‘Great Souls’, shards of Gwyn’s own that he passed to his most trusted knights. These knights, such as the infamous Ornstein, would grow to gigantic sizes, not unlike Elden Ring’s own baddies. But when you kill Ornstein, Artorias, Nito, or the others, they simply fade away – there’s no small corpse left behind like Morgott.

Being big might make them more imposing and tougher, but it’s not without its downsides. We see that with Radahn who grew so big he couldn’t ride his trusty steed anymore, so he mastered gravitational magic so that his weight wouldn’t crush the poor critter. But when we kill Radahn, we don’t get to see a small husk. Instead, he fades into nothing, a lot like Dark Souls’ bosses.

Next: Shadows of Rose Preview: One More Run Through Castle Dimitrescu