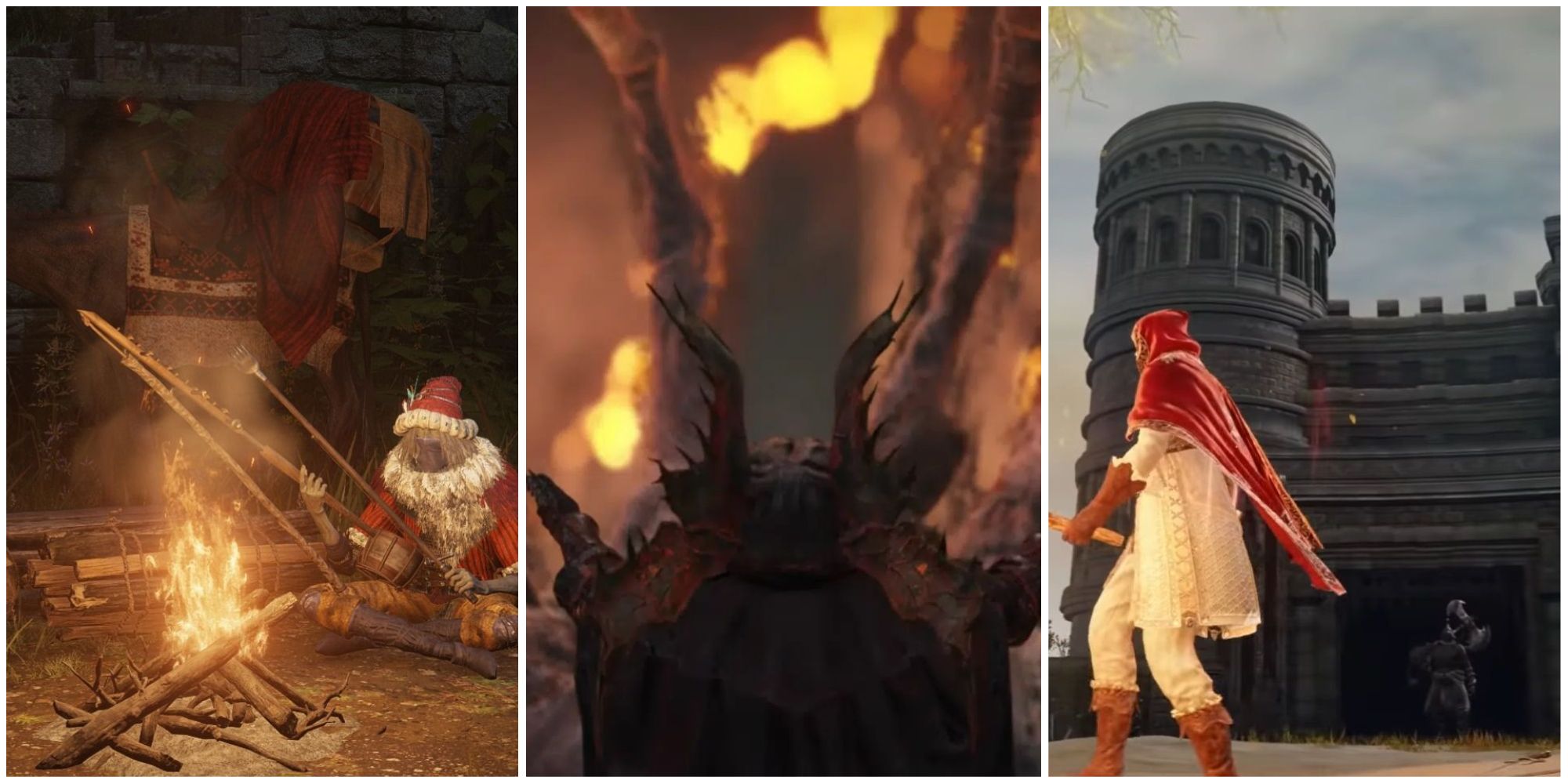 
Elden Ring is a game that is seemingly without end. Just when you think you’ve seen everything The Lands Between has to offer, there are new regions, bosses, quests, and characters to see. It’s unclear what the future of Elden Ring is, but there have been a lot of neat findings when it comes to content that was once planned for the game.

It’s crazy to think this absolutely massive adventure could’ve been even larger. Whatever the case, the remnants of cut content, potential DLC, and more are hidden within the files that are bound to be revealed. Whether the things found in datamining could be indicative of future content remains to be seen.

8 Pledge Your Allegiance To A Covenant

Elden Ring in many ways borrows from Dark Souls 3. However, files within the game reveal that FromSoftware almost borrowed a bit more. In the Dark Souls series, you could align yourself with a Covenant that was typically centered around a character you found in the game. Covenants mostly affected online play and were a bit confusing, leading to them being more controversial features as far as the Souls series is concerned.

At some point, it seems that Covenants were planned to be included in Elden Ring. It’s not clear what this specifically entailed nor what NPCs you could align yourself with, but it’s interesting to speculate about how the game could’ve put players on teams against each other.

7 I Have Never Known Defeat

Believe it or not, Malenia used to be even more difficult, but she was patched to be easier prior to the game’s release. If you own the disc version of Elden Ring, you can set the game back to version 1.0 and give it a try for yourself. Most notable is her old waterfowl attack, which is noticeably deadlier than the version most players are familiar with.

One of the early NPCs you encounter on your journey in The Lands Between is a lonely merchant named Kale, who’s sitting at a campfire with his steed nearby. Various other merchants clothed similar to Kale are scattered throughout the game, offering various wares and useful items in exchange for Runes.

However, dataminers revealed that Kale was at one point planned to be a traveling merchant. Apparently, his sickly-looking steed wasn’t just for show. It was discovered that Kale would move after you completed Stormveil Castle. He would make his way through Liurnia and eventually end up in the subterranean sewers of Leyndell. It’s unclear why this was changed in the final release, but thankfully, there is no shortage of merchants in the game.

5 What Is This Structure For?

Early on in Elden Ring, you’ve likely come across a structure that looks like a large colosseum. It sticks out on the map quite noticeably, leading you to explore the area. Once you get there, you can travel all the way around until realizing there is nothing you can do to open its doors. There is no way inside. As of now, these structures are just for show.

However, dataminers found that there are not only fully modeled interiors, but paths, Sites of Grace, and even unused bosses that were meant to battle either each other or the player. Some have speculated that these colosseums could be utilized in future DLC or updates, but the reality is that no one is sure yet. Needless to say, it’d be a nice hint for future content to already include those blocked-off areas from launch day.

The Dark Souls games often have covers that just show an unnamed character sitting at a bonfire or standing with their weapons at the ready. Elden Ring’s cover is similar, showcasing a lone warrior with the Elden Ring in the sky behind him. This character is meant to be Vyke, who shows up in the game as an NPC invasion and a boss fight. You can also acquire his armor.

Related: The Best Side Quests In Elden Ring

He doesn’t appear in the game that much, but dataminers suggest that he had an entire questline at one point. There were no voice lines found, but there were quest rewards, summon spots, and even descriptions that gave more background information about the character. For example, there was text stating that he was also a Tarnished and that he was closer than all the rest to claiming the throne and becoming Elden Lord.

Due to Elden Ring’s popularity and vast combat options, the PVP has been a source of viral content for months. With so many players testing their builds on each other, it’s clear that multiplayer is one of the game’s key selling points. While FromSoftware’s multiplayer is competitive, it doesn’t typically have a ranked system attached to it, keeping the encounters on the casual side.

Dataminers have found information that suggests that wasn’t always the case. There were messages found in the game’s files that hinted at your rank increasing, suggesting that this could’ve been paired with a reworked Covenant system to match players based on their skill level. At that point, though, the top ranks would be dominated by Rivers of Blood and Bloodhound Step.

2 Do Us A Favor And Stay Out Of Our Dreams

There are a lot of options when it comes to interacting with NPCs in FromSoftware’s games. Dataminers have revealed that Elden Ring would’ve potentially added even more options into the mix.

Buried in the files is an NPC who would’ve given you an item that could be used to put NPCs to sleep. After that, you could essentially learn about their dreams. It’s not clear whether this would’ve been just text-based or allowed you to explore small areas. Either way, there was also evidence to suggest a questline involving this feature was also planned.

Elden Ring has several endings, some of which will be nearly impossible for players to achieve without a guide. These endings are done in such a way that, unless you manipulate save data using the cloud or you mess with your PC files, you need to do multiple playthroughs to see all six.

A seventh ending was planned at some point, though. The conditions for achieving this ending were removed, which is likely what led to it being scrapped. However, the cutscene is finished and can be viewed for your curiosity. It’s every bit as intriguing and vague as the other endings.