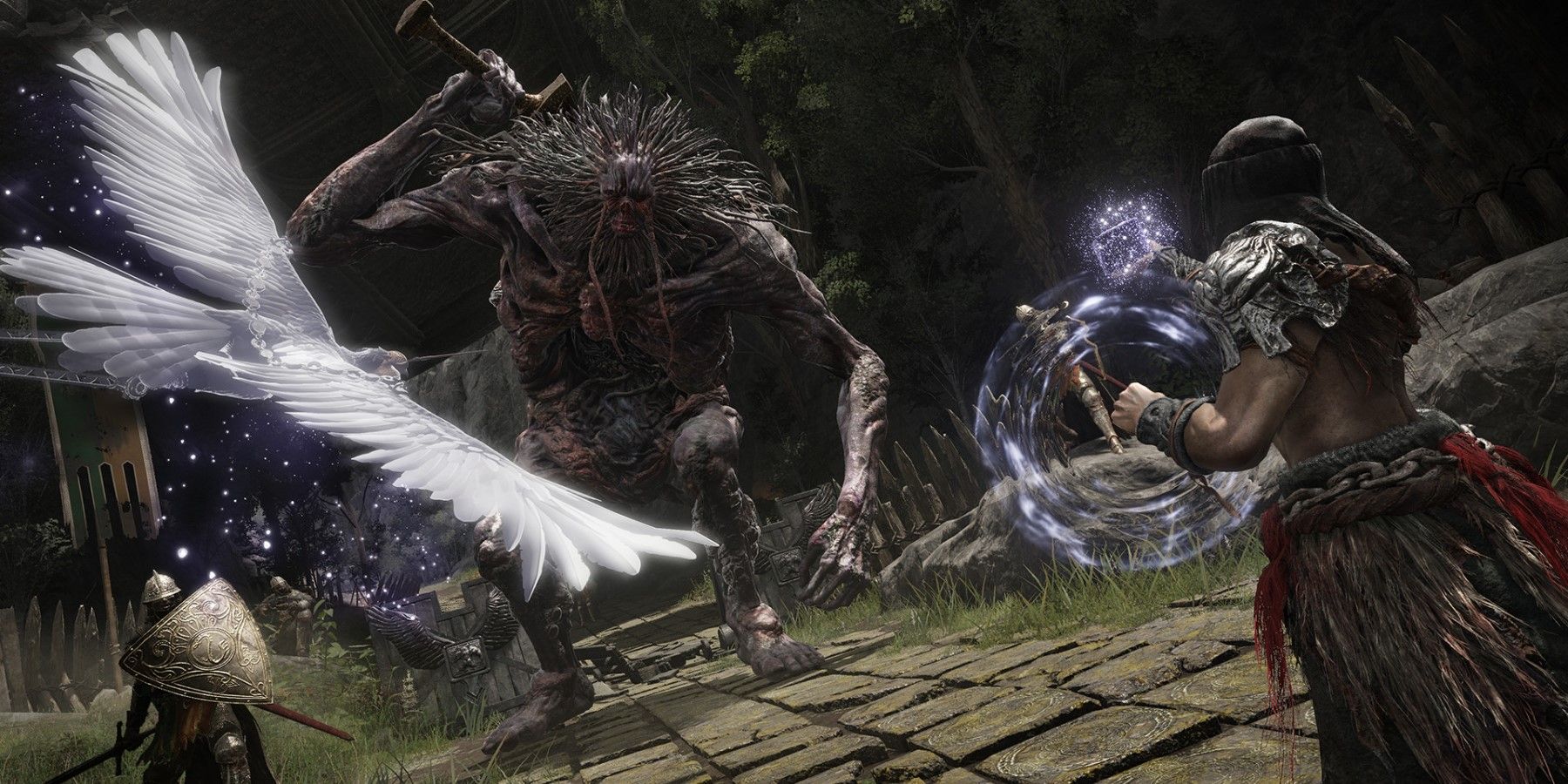 
Elden Ring has a greater focus on magic than previous FromSoftware titles, and there are two kinds that players can learn: Incantations and Sorceries. Of the two, Sorceries are more focused on damage and ranged firepower, and scale from Intelligence. Whether players are building a pure sorcerer or a hybrid character, knowing which Sorceries to equip is essential to making the most of Elden Ring‘s magic.

Updated September 21, 2022, by John Higgs: Elden Ring just picked up the first of what will probably be many GOTY awards, winning the Grand Award at the Japan Game Awards 2022. Already widely hailed as one of the best RPGs of all time, Elden Ring’s flexible character system allows players to build their avatar in countless ways, from a hammer-wielding heavy-armor tank to an evasive but devastating sorcerer. The Sorceries in this list may only be the start of an Elden Ring caster’s journey, but they represent the greater focus on magic in FromSoftware’s latest title.

In true Soulslike fashion, Elden Ring challenges players right from the tutorial, and finding the best early Sorceries is essential to a Sorcerer character’s survival.

Fortunately for Astrologers, the spell they start with is one of the best early game Sorceries; Glintstone Pebble is a single target missile spell that is quick to cast, consumes only seven of Elden Ring‘s Focus Points, and does a surprising amount of damage.

For classes that don’t begin with Glintstone Pebble, it can be bought for 1000 Runes from either Sorceress Sellen at the Waypoint Ruins in Limgrave or Thops at the Church of Irith in Liurnia of the Lakes.

Players looking to upgrade Glintstone Pebble should try to find Rock Sling, a Gravity Sorcery that summons three large, homing rocks to smash into enemies. Although Rock Sling uses more FP than Glintstone Pebble, it deals more damage and has a good chance to stagger or knock enemies back. Additionally, the Rock Sling is great against enemies that are good at dodging spells, as it often causes them to dodge too early.

The easiest way to find the Rock Sling Sorcery in Elden Ring‘s early game is to open the trapped chest at the bottom of the stairs in the Dragon Burnt Ruins in Limgrave. This chest will transport players directly to Caelid, where Rock Sling can be found at the bottom of a stone staircase on the eastern side of the Street of Sage Ruins.

Conveniently, players who’ve gone looking for the Rock Sling Sorcery will also be able to find the Meteorite Staff nearby. The Staff can be found in the southwestern building on the Street of Sages Ruins. The corpse holding the Staff is dangling from a ledge in the room with the poison flowers.

Great Glintstone Shard is a fantastic replacement to Glintstone Pebble for players who’ve expanded their FP pool to cover its increased cost. Essentially an upgraded version of the starting Sorcery, Great Glintstone Shard deals significantly higher damage at a slightly longer range, though with a 70% increase to its FP cost.

Players can purchase Great Glintstone Shard from Sorceress Sellen for 2,000 Runes, but only after they’ve delivered the Academy Scroll to her. The Academy Scroll can be found in the unnamed graveyard on top of the cliffs at the far southern end of Liurnia of the Lakes. Players can reach it quickly by heading west from the Lake-Facing Cliffs Site of Grace.

For players who are going for a hybrid Sorcerer build or prefer to have a backup melee option, one of the best early-game Sorceries is Carian Slicer. This low-cost Sorcery summons a magical sword that can perform a three-hit slicing combo, dealing significant magical damage in melee range.

Players can buy Carian Slicer from Sorceress Sellen for 1500 Runes, but only after they’ve given her the Royal House Scroll. The Royal House Scroll can be found in a small encampment to the east of the Agheel Lake South Site of Grace in Liurnia of the Lakes. The Scroll is found on a dead body on the easternmost of the two ruins in the camp, where a sorcerer enemy will attack the player with magic at long range.