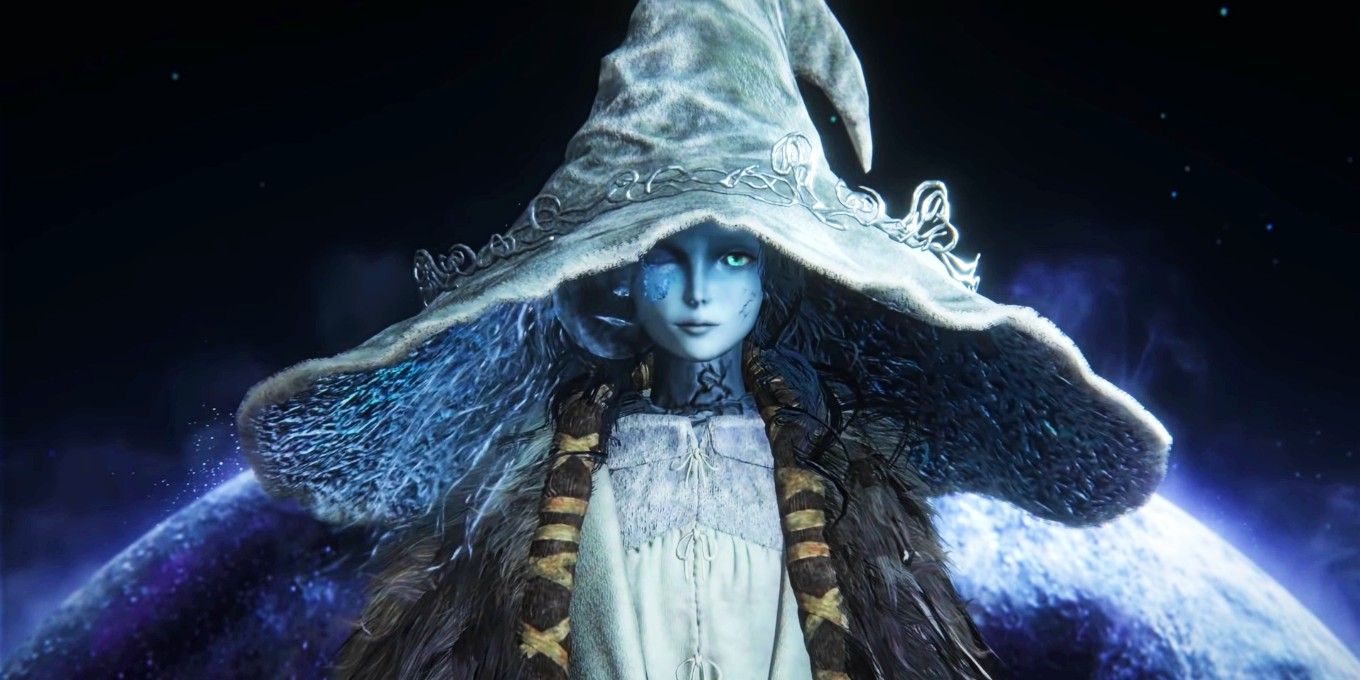 
Elden Ring characters Ranni the Witch and the wolf warrior Blaidd have been brought to life by two incredible cosplays.

Pictures of the stunning outfits by Sinistra Cosplay were posted on Reddit, showcasing many of the character designs’ fine details. This includes the decoration and aging of Blaidd’s sword and the glowing under-rim of Ranni’s hat. The images also capture the close relationship between the Lunar Princess and her vassal.

Since the release of Elden Ring, Ranni in particular has become a fan-favorite character, inspiring a wealth of fan-made content. For example, Chinese artist Yuyu Wong posted a digital painting of Ranni and Blaidd that shows the pair enjoying a sunshine-filled day accompanied by several adorable wolf pups. Moreover, popular cosplayer Nora Fawn posted her own interpretation of the Snow Witch.

Launched earlier this year, Elden Ring is an action role-playing game (RPG) that was published by Bandai Namco Entertainment, developed by FromSoftware, the iconic studio behind Bloodborne and the Dark Souls series, and directed by Hidetaka Miyazaki. The studio approached iconic fantasy author George R. R. Martin, the author of the A Song of Ice and Fire fantasy book series, to help create the world of Elden Ring and several members of the creative team behind Game of Thrones contributed to the game’s development as well.

The game lets players take on the role of a Tarnished warrior on a journey to repair the titular item and become the new Elden Lord. Alongside many expected RPG elements like character and combat-style customization, the gameplay incorporates a third-person perspective and free roaming and exploration across its open world. The formula was successful since, according to Bandai Namco, Elden Ring is the publisher’s fastest-selling game of all time. Within a month of its release, consumers purchased over 13 million copies globally. The title has also won several prominent awards, including the Most Anticipated Game at The Game Awards in 2021 and The Grand Award and Award of Excellence at the Japan Game Awards in 2022.

While an Elden Ring sequel has yet to be officially announced, more content is forthcoming. Leaked information from a ransomware attack on Bandai Namco reportedly revealed several new video game projects that are slated for 2023 releases, including a DLC titled Barbarians of the Badlands. Fans have already started speculating about what the DLC may entail with many hoping it will elaborate on Malenia and Miquella’s storyline.