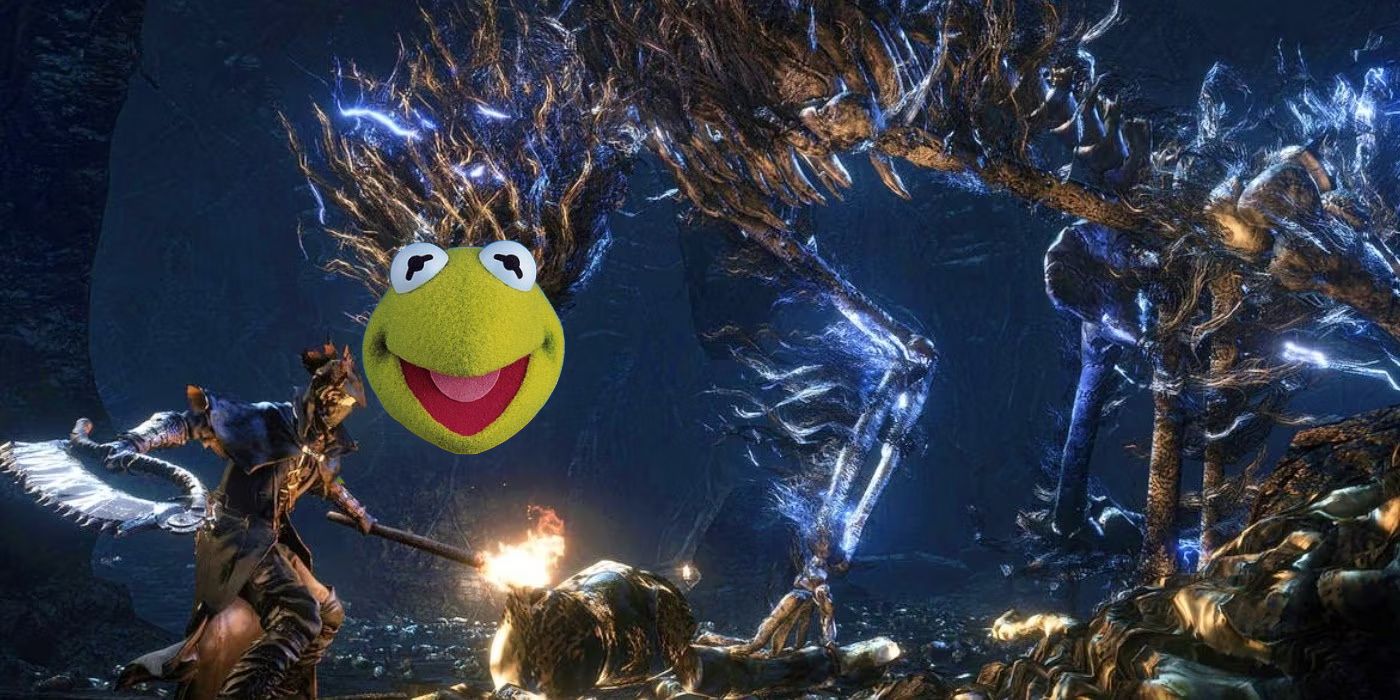 A fan artist reimagined several usually friendly faces from The Muppets as horrific Bloodborne monsters. Bloodborne’s dark and twisted gothic horror aesthetic has inspired countless fan artists since its debut. While many try to recreate the well-crafted horrors from the game, others use their art to try and find some humor in all the darkness.

Bloodborne was developed by FromSoftware, which has a long history of creating games with stories and settings that are both terrifying and intriguing. The studio is best known for Bloodborne, Sekiro, Elden Ring, and the Dark Souls series, but Echo Night, King’s Field, and Shadow Tower were some of FromSoftware’s first attempts at conveying the studio’s famously dark atmosphere. Coming out as early as 1994, with these games FromSoftware had time to perfect the art in creating creepy yet immersive worlds that have captivated fans’ imaginations for years.

Related: Souls Games You Should Stop Ignoring If You Liked Elden Ring

Kermit, Gonzo, Rizzo, Animal, and Janice from The Muppets have all been given new fan-made designs as Bloodborne monsters. Artist Sam O, or dsamowen over on Twitter, posted these hand-drawn concepts, which were met with resounding praise from fans. With hundreds of comments pouring in, fans have been both delighted and horrified seeing their favorite Muppets looking like Bloodborne boss fights. Every redesign features a character that has grown and reshaped into a monstrous beast instead of the funny and friendly Muppet they used to be.

Each of dsamowen’s drawings is a great combination of Muppets and Bloodborne, making each look like a horrific boss encounter. The dark fusion of Gonzo and Rizzo is especially fearsome, with Rizzo’s limbs growing out of awful places and Gonzo having teeth along his quintessential nose. Animal looks like an escaped experiment gone wrong, while Janice’s body was pulled and stretched to giant size with longer limbs and an even bigger mouth. Despite the dramatic alterations, the artist has kept each character recognizable thanks to emphasizing traits such as Gonzo’s nose, Janice’s eyelashes and lips, Kermit’s eyes and banjo, and Animal’s bright red fur and wild expression.

These designs do a fantastic job of twisting these beloved and familiar faces into the stuff of nightmares. Seeing these designs is one thing, but it’s disturbing to imagine them as Bloodborne bosses moving around with a giant health bar above them. Anyone who likes these Muppets designs can buy them as stickers, along with several more designs of Miss Piggy, Fozzie Bear, Pepe, and Dr. Teeth, over on dsamowen’s Redbubble store.