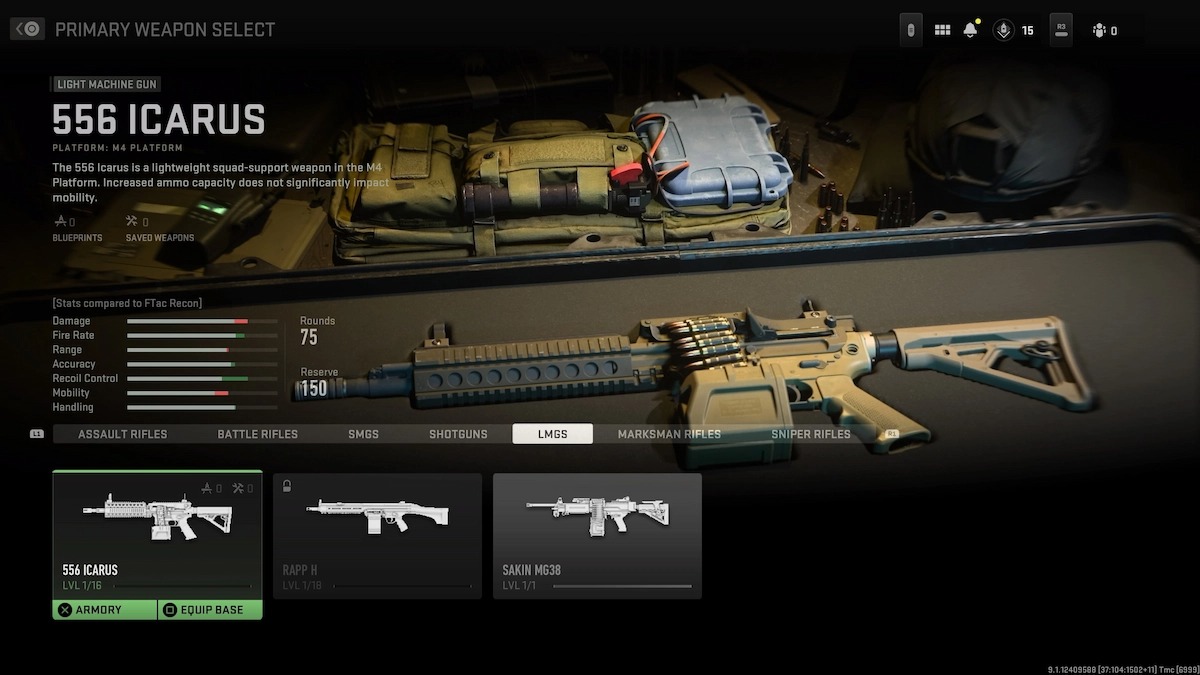 
In the Call of Duty: Modern Warfare 2 multiplayer beta, there really aren’t too many weapons that aren’t considered viable. All of the weapons in the beta have their strengths and weaknesses, giving players the ultimate freedom to choose whatever gun they desire. If players are looking to switch things up in multiplayer, though, they might want to consider a relatively underrated weapon. That gun is the 556 Icarus light machine gun, which carries an impressive loadout thus far in Modern Warfare 2.

The 556 Icarus is unlocked via the M4 Platform in the Gunsmith. Players need to rank up the M4, FTAC Recon, and FSS Hurricane in order to gain access to the 556 Icarus Receiver. Once they have that unlocked, they can then equip the Icarus from the Gunsmith and create a loadout for it. If players are wondering what attachments they should select for the LMG, that’s exactly what we’re here to answer.

To see the full loadout for the 556 Icarus in Modern Warfare 2, keep reading below.

Players should keep in mind that these attachments are from the beta build of MW2. There are more coming in the full game, so this loadout will 100% change when MW2 fully releases. However, for now, we have some terrific attachments available that players can make great use of on the 556 Icarus.

The most important attachments on this loadout are the muzzle and barrel. Players can use the Echoline GS-X Suppressor to stay off of the radar and keep their gunshots silent. However, they’ll lose some damage range by using that muzzle. Luckily, the FTAC Coldforge 16″ Barrel makes up for that by adding back damage range and some bullet velocity.

The rest of the loadout focuses on adding stability and accuracy to the 556 Icarus. Although, the XTEN Grip also improves the LMG’s mobility, giving players a chance to kill enemies at closer ranges.