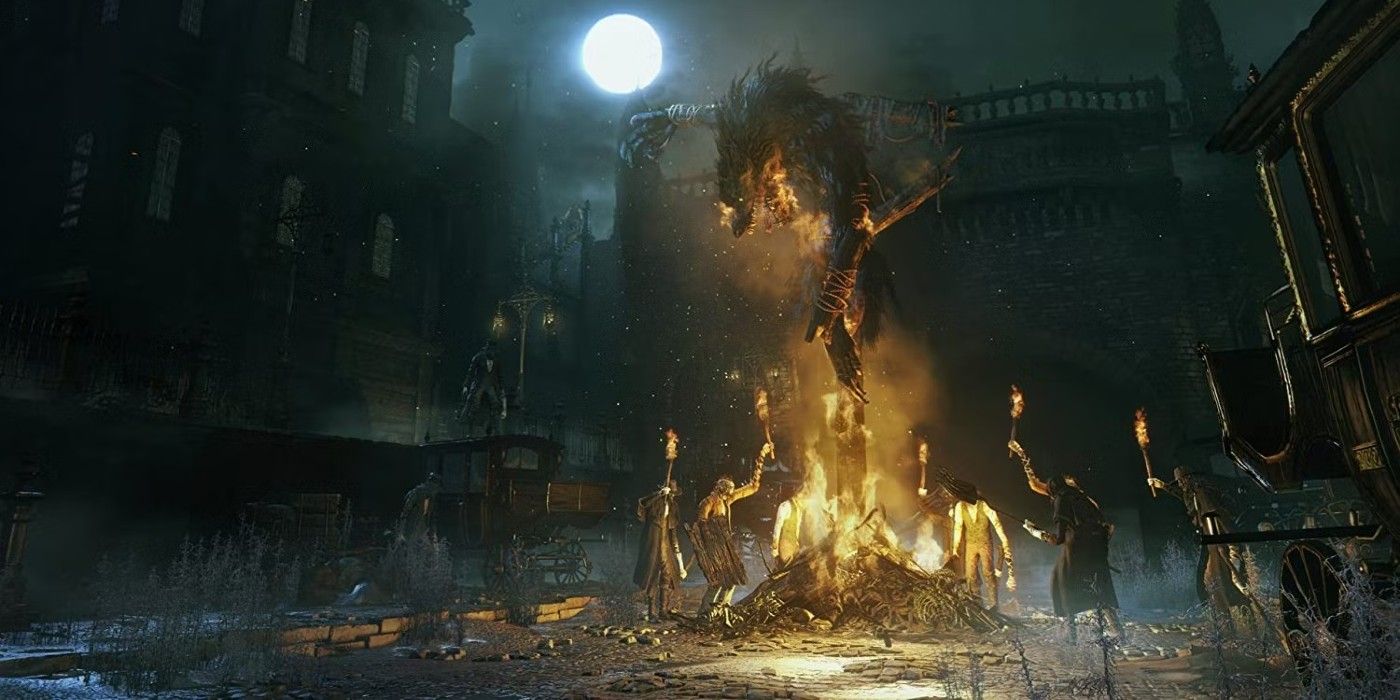 
Elden Ring was released in February to huge critical acclaim and mainstream popularity. It brought FromSoftware’s notoriously tough, but hugely satisfying gameplay to an open world for the first time and in doing so, arguably leads the race for Game of the Year at the moment. Beyond that, it’s one of the highest-rated games of all time, with fans praising its rewarding exploration and lack of handholding alongside its stellar gameplay and gorgeous world.

Despite its huge success, there are still many FromSoftware fans who believe that it’s not the developer’s best work. They would argue instead that that honor goes to 2015’s Bloodborne. This gothic Victorian action RPG is adored by fans for its more aggressive playstyle, unique and eerie aesthetics, and arguably tougher challenge, which many say sets it on a pedestal that even Elden Ring is unable to reach.

RELATED: Thymesia Is the Action Game Bloodborne Fans Have Been Waiting For

The first thing players tend to notice about Bloodborne‘s combat is how much more aggressive it is than that of Elden Ring or Dark Souls. The game actively encourages the gamer to play offensively by rewarding them with recouped health if they strike back within a short time of being hit. The game is also largely lacking in blocking options, instead allowing players to parry opponents’ attacks with a gun to open them up for a counter visceral attack. Many fans believe this combat system feels more satisfying and fluid than others and rewards players more for their skill and bravery.

Bloodborne‘s healing mechanics further enhance this style of gameplay. Whereas in Elden Ring, players have a few Flasks of Crimson Tears that are only replenished upon death, Bloodborne gives players 20 Blood Vials that can be found in chests or looted from fallen foes. More abundant resources encourage players to push forward and play with less caution than Elden Ring‘s more scarce potions. As a result, the hunters find themselves further from safety. This high-risk, high-reward approach puts players on edge and gets their adrenaline flowing, which many fans love.

Furthermore, although Elden Ring‘s The Lands Between is a stunning world, and arguably one of gaming’s best, many FromSoftware fans still prefer Bloodborne‘s city of Yharnam. On the surface, its eerie gothic Victorian setting immediately unsettles players, yet at the same time lures them in. Upon exploring the city’s many mysterious streets, players find that each area links back to the last and that the world design is incredibly well-thought-out, rewarding players who take the time to explore it. Many fans also feel that Bloodborne‘s world is more intriguing, which is furthered by the unveiling of hidden secrets as the hunter’s Insight level increases, such as the existence of huge Amygdala around the city. Elden Ring is certainly a pleasure to explore, but for many fans, its setting just can’t live up to Bloodborne‘s iconic world.

RELATED: Elden Ring: How a Hidden Detail Raises the Stakes of the Godfrey Fight

It could also be argued that Bloodborne is a much tougher game than Elden Ring. In the latter, players can simply explore elsewhere to level up and progress with more ease if they’re struggling with one particular area or enemy. Bloodborne, however, is restricted by its more linear design, with players encouraged to learn their opponent’s moveset and patterns if they want to overcome the challenge. A huge part of FromSoftware’s appeal is based on the satisfaction players get from beating its games, so many of the developer’s fans prefer the challenge provided by Bloodborne, as winning feels better earned.

Gamers have been calling for a Bloodborne sequel for years, but so far their prayers are yet to be answered. For new FromSoftware fans, the game is available with a PlayStation Plus Extra subscription and is the perfect title to dive into after Elden Ring. Ultimately, which of FromSoftware’s brilliant games is the best is down to personal preference, and both Elden Ring and Bloodborne are great choices. They should be held up as brilliant examples of world design, rewarding exploration, and satisfying combat, all of which others in the genre should aspire to reach.