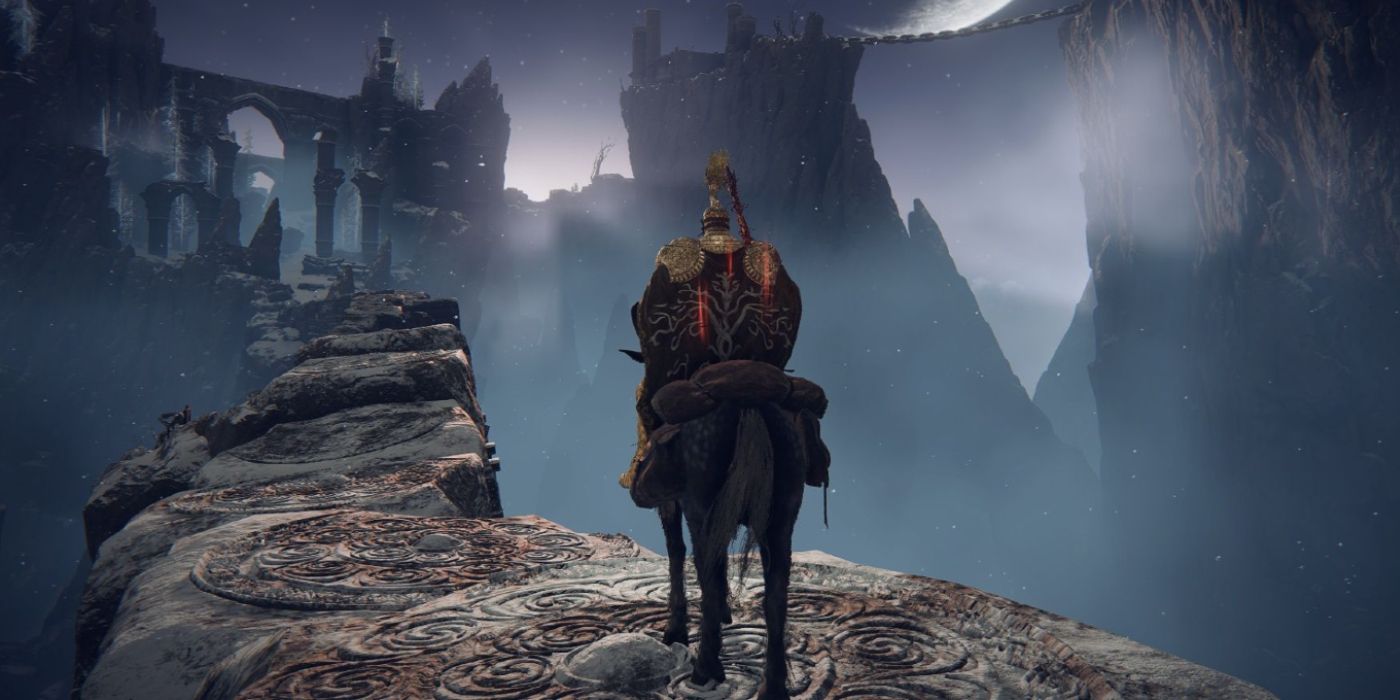 
Elden Ring‘s immense and detailed overworld map is often hailed as one of its strongest features, and many areas live up to their reputation, but a couple of the heavily teased regions are among the game’s greatest disappointments. To Elden Ring‘s credit, the issue largely stems from the high expectations the rest of the map inspired. The varied and visually stunning environments make the Lands Between a likely candidate for the best world FromSoftware has created to date, and the many dungeons and optional bosses ensure players do not get bored while exploring. However, the most promising region also has the least to offer.

The process of gradually unlocking more of Elden Ring‘s world, the Lands Between, after clearing certain story checkpoints adds a layer of mystique to the game. From the beginning, the largely obscured map entices players to discover what comes next, and most mandatory regions are unique and interesting enough that the effort is appropriately rewarded. Furthermore, each area holds so much content that players can go hours before unlocking the next section of the map, but the Mountaintops of the Giants falls far below the standard Elden Ring sets.

Related: Elden Ring: What Really Lies Outside The Lands Between

Before the player completes the map, the snowy northeast area looks to be the largest section of the entire Lands Between. Once the map fragments are obtained and Elden Ring‘s Lands Between map is filled out, the Mountaintops of the Giants is shockingly small, and much of it is inaccessible. As a result, there is little to do in terms of both story and optional activities, and the few features within the space are all nearly interchangeable ruins. Since every previous area holds its own, the arctic mountain range is starkly anticlimactic by the time it is accessible.

Mountaintops Of The Giants Is Elden Ring’s Worst Area

On top of the barren, deceptively small nature of the Mountaintops, the area is perhaps the least appealing to look at. Every other section of the overworld, from Limgrave to Leyndell, has enough environmental variety and stunning scenery to make exploring Elden Ring‘s Lands Between enjoyable. Mountaintops of the Giants is as bland as a real arctic wasteland, and traversing it quickly feels like a chore. The one exceptional spot, the Forge of the Giants, is only used for a single boss battle.

Perhaps the most disheartening area is the Consecrated Snowfield, a secret region within the Mountaintops that is even smaller than the mandatory section. After completing the tasks necessary to reach it, players are met with the same drab landscape and identical dungeons. The most promising spot, the abandoned town Ordina, is arguably not even worth visiting. The game’s other optional major landscapes, especially Nokron and the Haligtree, are plenty of fun despite being largely linear. These Elden Ring legacy dungeons are technically just immense dungeons, but they have enough character and detail to far exceed Mountaintops of the Giants regardless of their relatively compact layout. Most of the Lands Between is mesmerizing, hence the game’s impressive longevity, which makes Elden Ring‘s Mountaintops of the Giants all the more disappointing.