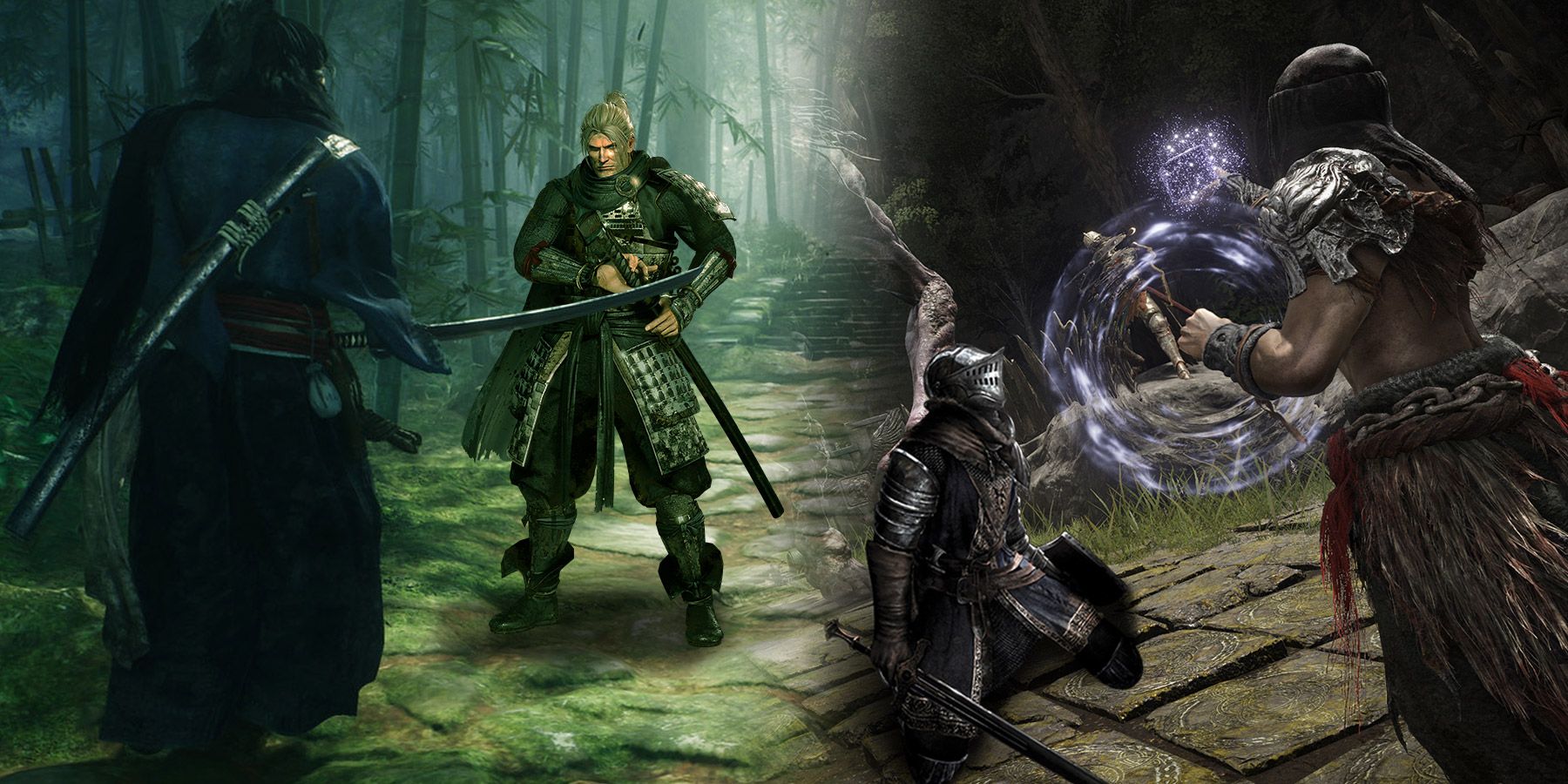 
Team Ninja has been an incredibly busy developer this year. After releasing Stranger of Paradise: Final Fantasy Origin back in March, it then announced its next project, Wo Long: Fallen Dynasty, at the Xbox/Bethesda Showcase in June. The game already looks to be in the late stages of development, backed up by the fact that Team Ninja released a time-limited playable demo on September 16. It is slated for an early 2023 release. As if this wasn’t enough though, September’s State of Play event revealed the developer has yet another project in the pipeline: Rise of the Ronin. This open-world action-RPG looks to be the next evolution of Team Ninja’s Nioh series, in terms of the scope and scale of the project. In many ways, it echoes Elden Ring‘s evolutionary progression when compared to FromSoftware’s earlier Dark Souls games.

The Nioh Series is incredibly popular, with gamers and critics often declaring it to be the best soulslike on the market. With its robust, tight combat and its steep but rewarding difficulty curve, many fans have been hoping for a third installment. While those who have played the demo version of Wo Long: Fallen Dynasty have been quick to point out the similarities to Nioh and its sequel, Rise of the Ronin seems to be much grander in scale, and from what Team Ninja has revealed so far, it represents more of a significant step forward.

Rise of the Ronin Could be Team Ninja’s Elden Ring

The success of Elden Ring took the industry by surprise. As of August 2022, the game had sold almost 16 million copies worldwide. Universally praised for its immersive open world, purposeful and engaging combat, and the depth of its build variety, the game surpassed all expectations. For long-standing fans of the Souls series, though, and probably for FromSoftware itself, the game’s success likely didn’t come as too much of a shock. Gamers have watched FromSoftware honing its craft gradually for over a decade, from the initial 2009 release of Demon’s Souls through Dark Souls and its two sequels, then with Bloodborne, and Sekiro: Shadows Die Twice. Each new entry in this collection introduced new mechanics and represented a more polished version of the game that came before it.

What Elden Ring is, then, is the result of a developer at the absolute top of its game, learning from each previous title to keep the best parts and tweak the ones that needed changing. FromSoftware successfully built on the previous games’ already lauded combat systems and transformed the semi-open world, interconnecting map formula into a huge world that players are completely free to explore any way they wish.

This was a calculated risk that FromSoftware was absolutely sure would pay off, and crucially, it was right. This is a brilliant example of a developer scaling up exponentially with each project, peaking with a landmark title that sent shock waves across the industry.

RELATED: 15 Samurai Games to Play if You Love Ghost of Tsushima

Nioh’s Formula Has Room For Growth

Despite fans calling Nioh and its sequel the best soulslike games on the market, there are many ways in which the games manage to carve out their own identities. From the over-the-top characters and storylines to the much smaller map layouts, Nioh is far from just another Dark Souls clone. In fact, there is a perfectly valid argument to be made that Nioh‘s combat is actually even more robust than anything FromSoftware has managed to create to date, thanks to the speed at which the player is able to switch stances and weapons and the intelligent ‘Ki’ system, which replaces the stamina bar. The series’ approach to PVP is also a little more user-friendly than the sometimes-cryptic Souls series, which is handy, as the Nioh games are just as tough as their Souls counterparts.

Where Nioh ultimately begins to show its age is in the level design. While the maps are perfectly functional, they are extremely linear, and at times, very claustrophobic. It’s hard not to imagine Nioh‘s combat on a much larger scale, with no restrictive maps holding the player back. Wo Long: Fallen Dynasty seems to remedy this, at least slightly, judging by the gameplay which has been revealed so far showing bigger maps with much more verticality. Ultimately, though, Wo Long will not be open-world, and will likely incorporate a similar mission structure to the one found in Nioh and Nioh 2. Clearly then, in terms of scale, this won’t quite be the leap forward that fans of Team Ninja are hoping for.

Enter Rise of the Ronin, which on the surface looks to be the culmination of Team Ninja’s work so far. With a huge open-world to explore, various ways to traverse it including retractable wings and rideable horses, and a combat system that looks to be in-keeping with Team Ninja’s usual high standards in this department, the samurai title is looking to take Team Ninja’s formula and dial it up to 11.

Rise of the Ronin will inevitably draw comparisons with Ghost of Tsushima thanks to both games having a similar setting and premise. This is despite the fact that they take place in two completely different time periods, with events in Tsushima taking place approximately 600 years earlier. Regardless of these comparisons, Rise of the Ronin is ultimately a Team Ninja project, and therefore should be much more aligned to the developer’s previous games in terms of how it plays.

Rise of the Ronin has a long way to go until it releases, and much about the game is still shrouded in mystery. With a vague 2024 release window given, Team Ninja has plenty of time to tweak it, honing the formula that it has worked hard to cultivate over the years. The game and its developer seem to be on similar trajectory to Elden Ring and FromSoftware, and if Rise of the Ronin turns out to be anywhere near as well received as its counterpart, Team Ninja will consider it a huge success.

Rise of the Ronin is currently in development and is set to release in 2024 for PS5.

MORE: 5 Samurai Games to Play After Ghost of Tsushima